The Trident nuclear deterrent was today put up for sale on Ebay by the UK.

It is believed that the nuclear weapon system was bought on impulse when the country was having a mid-century crisis, since which time it has sat unused in the corner.

Its presence is often a talking point at parties and elections, with people asking if we ever use it and how much it was. To which the answer has always been “It looks good there next to the Yucca plant, and we don’t need to use it. That’s not what it’s for.”

But one half of the country today got sick of it being there and insisted it was disposed of, saying “You never use it, I dont know why you insisted on buying it. It’s  just like that bloody guitar all over again.  If you want to do something useful then go and fix that NHS like you promised last year, that I’m still waiting for. I’m going round to Mum’s and I want it gone when I get back.”

Its understood that it went up on the well know second hand site for £10.99 starting bid, buyer to collect, first to see will launch. But after consulting with the seller it appears it’s actually been stashed at the back of the garage along with HS2, in the box marked ‘White Elephants’ just to keep her happy. 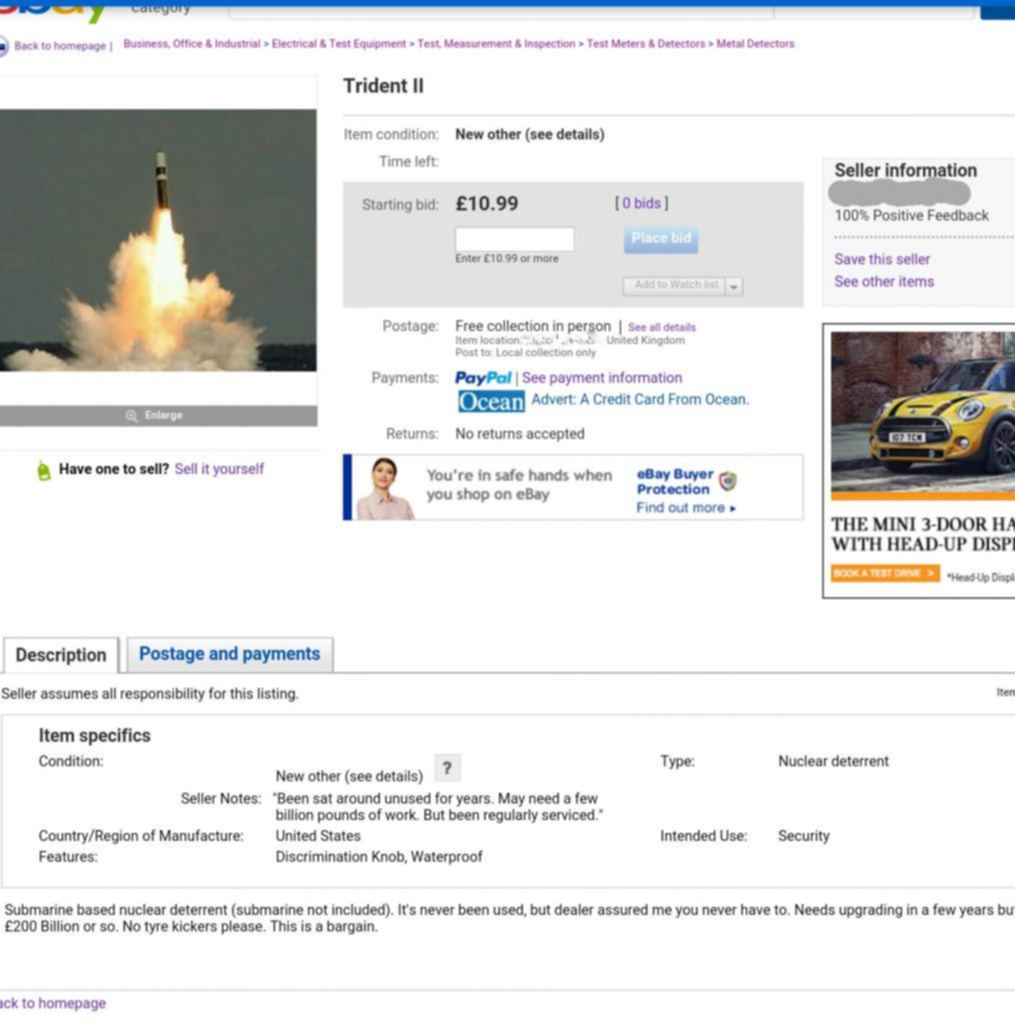 A1 renamed The Dominic Cummings Expressway

A1 to Durham renamed The Dominic Cummings Expressway

Vegetable that looks like Prince Charles discovered on Rochdale allotment