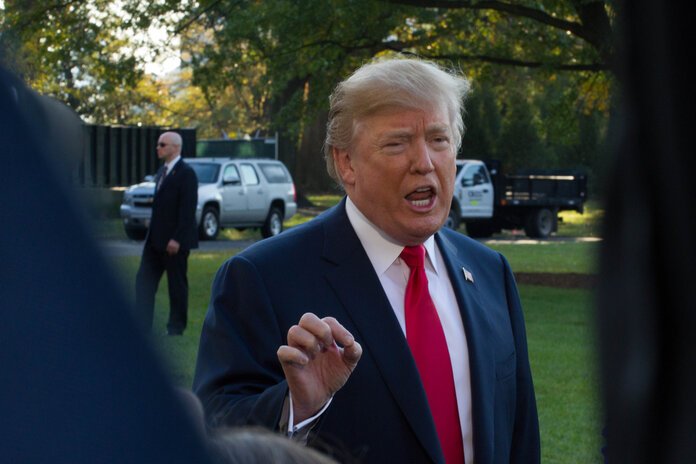 Political analysts are speculating that now Donald Trump is leader of the free world his personality will metamorphose into that of a wise leader with great vision and understanding of viewpoints other than those of Donald Trump. We spoke to an anonymous source based in Washington DC.

“Slagging off the Muslim parents of a US soldier killed in action was just him talking unscripted. It shows he’s the real deal.

“He bullied a few people like when he impersonated a disabled guy who said something he didn’t like or suggested that woman interviewer was on her period. But he just says what is on his mind. He’s honest. It’s just Donald being Donald.

“He told fantasy stories of executing 99 Muslims with bullets dipped in pigs blood, but that’s just his way, he didn’t mean anything by it.

“That bragging about sexually assaulting women and how they can’t say no when you have power was just banter. It was man to man talk, we’ve all done it.

“Now he’s taken on the mantle of responsibility it will temper his judgement and angry twitter outbursts… just like winning the presidency did… erm… He’s always wanted absolute power and now he’s got that he’ll become satisfied and grow comfortably into his new role. People with narcissistic personality disorder are just misunderstood.

“Pavlovian studies have shown if you reward a person for certain behaviour patterns then they will completely change those patterns… erm… shit”.