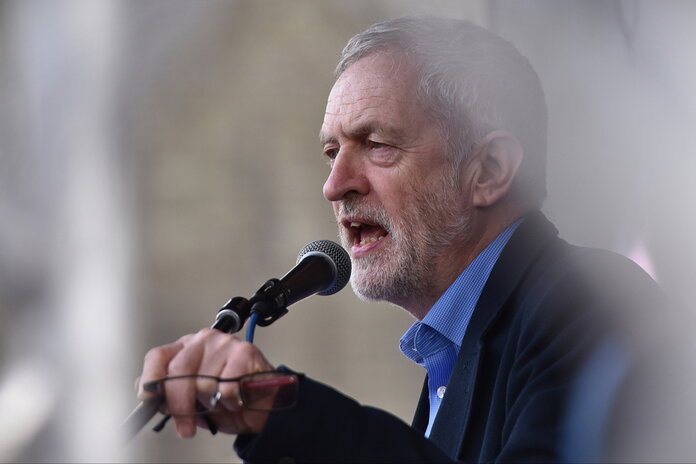 Jeremy Corbyn has demanded that the Government call a General Election in order that the public can choose between his insane version of Brexit or the Governments.

A spokesman for the Labour Party told us, “There simply isn’t the support for the Governments Brexit plan. The only option is to hold an election so that we can promise to deliver our vaguely defined plan that we’ve not really told anyone about and have no idea if the EU would accept or not.”

The spokesman went on, “It’s alright talking about binning Brexit. You’ve got to understand that there’s loads of footage of Jeremy at Tony Benn rally’s in the 70’s and 80’s where he’s railing against the EU. Then there’s the problem of the grass roots. They all voted to leave so we’ve kind of got to leave as nobody in Scotland will vote for us. It’s how we break it to Momentum that’s the problem.”

The Rochdale Herald spoke exclusively to Momentum’s Jeff “Kill the Tory C***s” Yagoda, “How dare you say that Jeremy is going to offer Brexit? Just because he’s not said anything or done anything meaningful to oppose it doesn’t mean he doesn’t care. He’s just playing the long game which will end in heroic defeat that the elites want for him because they don’t want you to know the truth that only I know.”

Yagoda, an aspiring film maker only did the interview as long as we published part of a poem he has written about Corbyn. “Jeremy Weremy your beard is as the midday sun. Anyone who opposes you is just neo liberal scum…”

We would have printed more but our writer was longing for the days when poets died of TB before they were famous and you had to interview them for the newspaper.

Elsewhere there was no shortage of people willing to tell us that Jeremy is actually an ardent remainer and would offer this as an option in the event of a General Election. Many will be in the comments section for this article explaining why they’re going to stop following the Herald.