Researchers at Rochdale Community University have proven conclusively that it is impossible to look at a photograph of Michael Gove without muttering the word “twat”.

“It’s impossible to look at a photograph of Michael Gove without muttering the word ‘twat’.” Professor of Applied Conservative Studies Arnold Palmer told The Herald.

“We made literally some people look at various photographs of Michael Gove and everybody exposed to his image got a little bit older, sighed and mumbled twat under their breath. I mean look at him.”

The research is being compared to the nobel Prize winning work by Pavlov in the 1890’s in which a dog would become conditioned to salivate upon hearing a bell rung rather than simply seeing food.

“We’re calling it a Govian response. The man has behaved like a twat so often that all you have to do is see his face and it’s almost autonomic, you can’t help but mutter ‘twat’. Just look at these photos of him drinking water.” 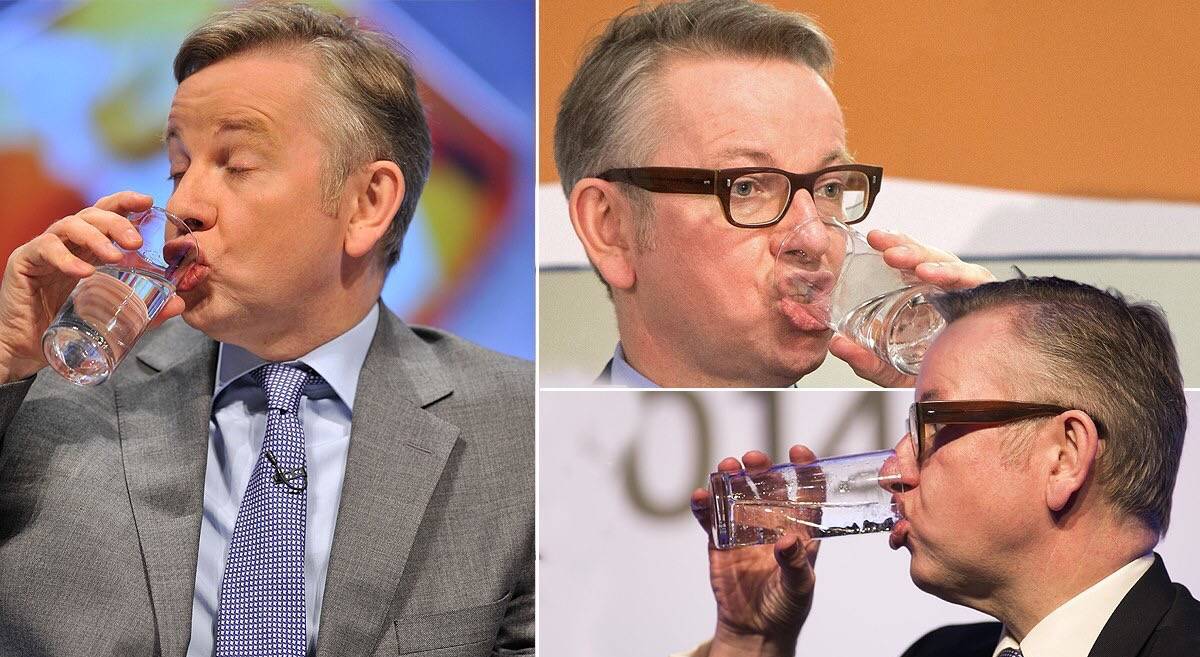 20 a day smoker worried 5G mast will give him cancer