6th Former Tom Wilkes who was head of the team conducting the research explained the reason for the study.

“We were sat in the common room watching Ian Duncan Smith explain how they never said the 350 million would go to the NHS, when we realised this was not the worst lie we’d heard from an adult by a long shot. In fact it sounded remarkably like when my Dad said I couldn’t have a pocket money increase because he was skint, just before he bought his new motorbike.”

The students surveyed over 1000 often angry teens and found that the lies they’d heard ranged from the benign “I’ve got your nose” to the sinister “Mrs Dobsons son’s girlfriends brother went snowboarding and got eaten by a mountain lion.”

The researchers believe that by getting desensitised to the lies early on means that you’re less angered by whoppers like “We really need Trident, and it’s a mere snip at 200 Billion” and less likely to march on parliament carrying bits of wood with rusty nails hammered through.

Wilkes continued “Its almost as if parenthood is training for politics. If you can get your child to believe that the wind will change and your face will stay that way, you can be prime minister.” 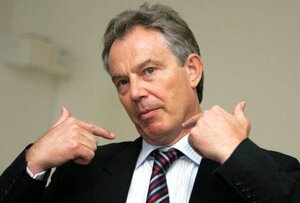