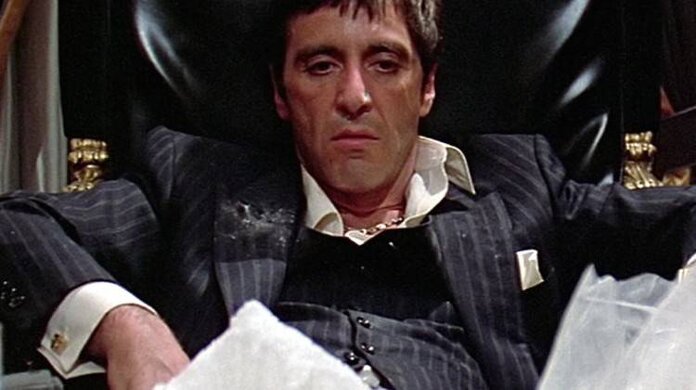 Mr Montana was last seen toting M16A1 guns and yelling, “Say hello to my little friends” before being repeatedly shot.

A spokesman for the White House said, “Mr Montana has made an immediate impression. He identified one of the many people in the administration who have been leaking information to the media. Steve Bannon was handcuffed to a shower and Mr Montana took a chainsaw to him.

Mr Montana also intends to organise a meeting of all the heads of department in Trump Tower. Once in place for the meeting a black helicopter will appear with Mr Montana holding a machine gun. He’ll then slay the leakers.”

Many White House insiders say that President Trump has been impressed with Mr Montana’s energy. Apparently, on first meeting President Trump, Mr Montana lectured him for 4 hours on the subjects of leakers, the main stream media and the deep state.

Mr Montana is also reported to have kissed Donald Trump Jr on the lips and said, “I know it was you Junior.”

Donald Trump Jr was last seen climbing over the White House gates having refused to go on a fishing trip with Mr Montana.