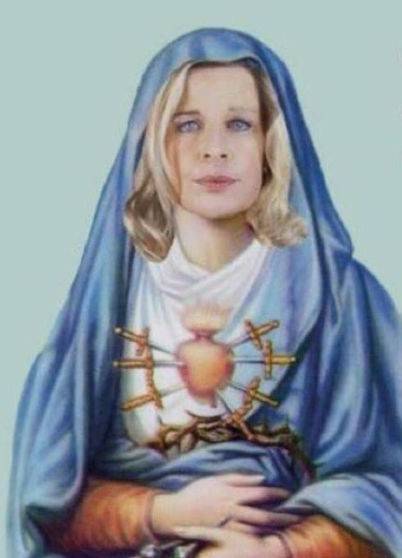 The Pope has announced that Katie Hopkins will be made a saint shortly, after her reputation sadly died last week.

Hopkins’s reputation went into an irreversible decline following her defeat in a libel action bought by food blogger Jack Monroe.

The Vatican said that although it was unusual for sainthood to be conferred on a dead reputation so quickly, Hopkins was a special case. “She was martyred by the press, in particular The Rochdale Herald, who excoriated her regularly and incited people to burn her as a witch”, said Cardinal Crossdresser of the New Spanish Inquisition.

Two confirmed miracles have enhanced her case for sainthood. “It was a miracle that she managed to spew her poisonous hate and bile for so long without getting punched”, said the Cardinal, adding that a second miracle was “…single handedly getting the UK out of Europe based purely on hatred and lies.”

Once confirmed, Hopkins will become the patron saint of bigots who will pray to Saint Katie to intercede when they are outwitted by ‘libtards’.