Executives at Rotherham based media company Hot Pot Productions were left floundering today after yet another blow, the announcement that their flagship production, a reboot of the popular afternoon quiz show ‘Going For Gold,’ was to be ‘shelved indefinitely’ following sudden and unexplained withdrawal of funding from European based business sources. 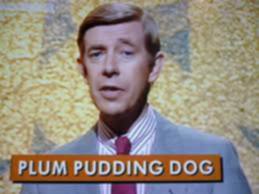 The planned revival of the classic early 90s daytime quiz would have stuck closely to the original format, which saw individual contestants from both the UK and neighbouring European countries pitting their wits against each other in an Elimination round, followed by Beat the Buzzer, Four in a Row and Head to Head rounds.

Earlier today we spoke to Barrington Sillett-Bhang, head of public relations at Hot Pot Productions, who informed us:

“The team at Hot Pot are absolutely gutted. Bang, the efforts of six months’ worth of meetings with European executives, wiped out just like that. Bang, and the work is gone. We were under the impression that we had secured substantial European funding for the new show with at least 26 separate member states looking to get on board. If it took off we were intending to roll out the format into spin-off shows in neighbouring European countries which would have been marvellous for European relations, not just politically but culturally as well. Now all of a sudden it seems that all deals are off the table until further notice, without explanation. We just can’t fathom it. There doesn’t seem to be any apparent reason for the sudden change of heart. It’s a complete mystery is what it is. Baffling. I just don’t understand it.”

Foreign immigrant Henry Kelly was described by neighbours at his quant Hampstead residence as ‘bruised’ by the experience; Kelly himself declined us an interview however. Sources speculate that this would have been the first credible work/gainful employment he’d have undertaken in over two decades so his reluctance to speak to us is understandable given the circumstances. The vast bulk of foreign immigrants live very comfortably off free State handouts, so we are hopeful that Kelly should return to his usual buoyant good spirits within no time.

“We’re undeterred by this experience however. We hope to put this incident behind as quickly as possible, this is just one project in a particular healthy portfolio of ideas and that that we are currently working on. We hope now to be able to concentrate on doubling our efforts into our latest flagship production, a reworking of the classic farcical Euro game show ‘It’s A Knockout’. 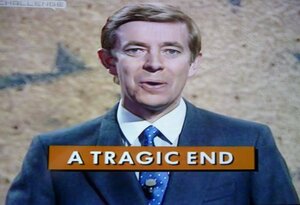