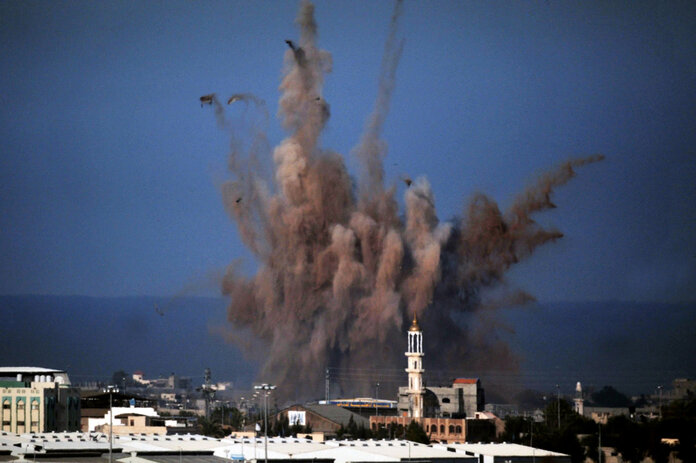 Israel has celebrated winning the Eurovision song contest with a massive aerial bombardment of the Gaza Strip and shooting dead some Palestinian civilians.

Nine Palestinian civilians were shot dead in clashes between Palestine and heavily armed soldiers of the winner of the Eurovison Song Contest, Israel.

“People said techno was dead. Not as dead Palestinian protestors is it?”

“Nothing says a celebration quite like a firework display does it? We thought we’d kill two Palestinians with one stone with some white phosphorous bombs and some heavy artillery instead of fireworks.”

Israel won the Eurovision Song Contest and has shot dead 54 protestors including a 14 year old in the last few weeks,  a further 500 have been injured and maimed in protests against the US embassy opening in Jerusalem.