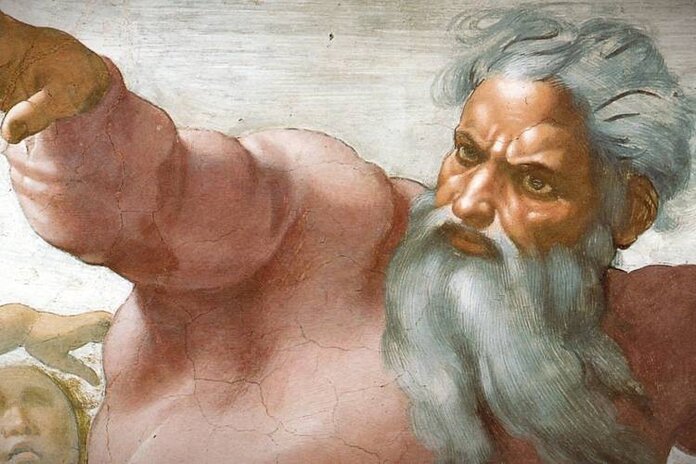 Deceased intellectual and prominent atheist resurrected by The Almighty ‘for a bit of a laugh’ following hiatus.

Following what close acquaintances have described as ‘a bit of a career lull’, God, creator of the Earth, the Universe and all living things, came back with a bang today by bringing noted journalist, author, atheist and fervent anti religious campaigner Christopher Hitchens back from the dead this morning.

According to sources close to The Almighty, He is quoted as saying ‘I’ve been working on a few personal projects over the past few millennia, and I’ve been out of the public eye for some time now. I thought it would be a bit of a laugh as a comeback to bring Christopher back from the dead, you know, Lazarus stylee, just for shits and giggles really. The world’s really gone to shit recently while I’ve been away if you’ll pardon my French, I just thought people could use a bit of light relief.”

“Given that Christopher donated his body to medical science after his death in 2011 it was bit of a struggle to get all the bits and bobs back together in the right order, but it wasn’t really any more fiddly than one of the more complex Airfix kits once I’d located where they’d all ended up” He added.

Speaking from beside his luxury 2m dollar grave, Hitchens told a hastily assembled press conference “Whilst it’s undeniably great to be back, I must confess to being as surprised as anyone else when I discovered that it was God that had resurrected me. To be perfectly honest, you could have knocked me down with a feather. Boy, was my face red!”

“Still, this gives me a perfect opportunity to crack on with my new book”.

Hitchens’ latest work, entitled ‘Alright, God Does Exist But He’s A Fuc*king Bast*ard’ and published by The Oxford University Press, is due out in hardback in August priced at £39.99p.