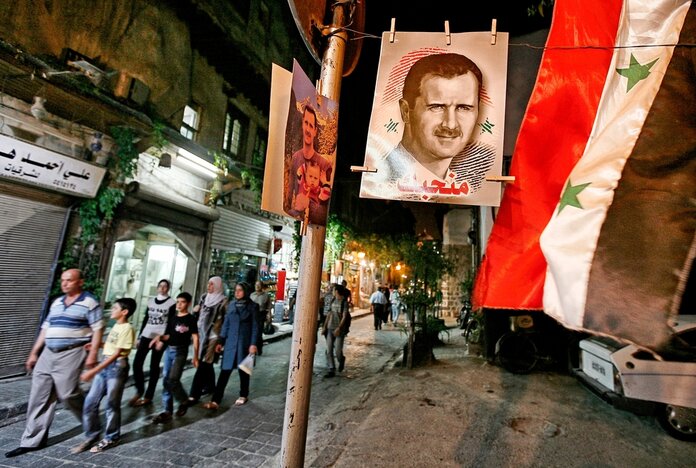 Jeremy Corbyn has issued a strongly worded letter to Bashar al-Assad today. It seems it’s had some effect as the regime has been toppled.

Jamal al-Hummus, spokesman for the Syrian Government said, “The letter came as a suprise. When he’d finished reading it he looked like an ancient Greek philosopher who has just finished the main course and told the executioner to bring on the hemlock. It was written in Comic Sans-serif, bold lettering size 14. Some bits of it were underlined. Bashar knew he’d crossed a line as some of the words had more than 2 syllables.”

It’s understood that on receiving the letter Mr Assad pleaded, “I didn’t know what I was doing was wrong. Who knew, waging war on your own people, using chemical weapons on them then asking your friends to bomb them for you could have such consequences? This Mr Corbyn has shown me the error of my ways. I take his threats very seriously. He’s threatened me with arrest. I never anticipated that that might happen.”

The Herald were told by Mr Hummus that Mr Corbyn has threatened to make a citizen’s arrest if he ever sees Mr Assad in Islington. Mr Hummus said, “Mr Assad is often walking round London visiting his wife’s family. Obviously, Mr Corbyn’s threat to telephone the police if he ever sees him is a credible threat. Who knows how we’ll cope now.”

Diane Abbot has also been speaking about Syria. She said, “Mr Assad should be tried at an international court. Obviously, he’d have to be arrested first and as I’m opposed to committing troops to Syria then I’ll have to hope he gives himself up.”

It’s understood the Mr Assad is now eligible for the leadership of Momentum following a successful interview where he repeatedly declared Israel should be destroyed.