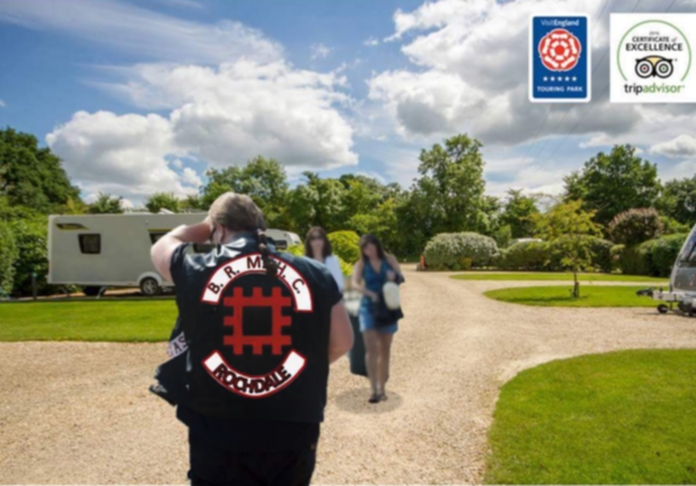 Rochdale is in the grips of an outlaw Caravaner gang; who are terrorising wild life, being a public nuisance and brawling with dog walkers over the use of picnic tables at the Hollingworth nature reserve.

The Black Rebel Motorhome Club (BRMHC for short) is an outlaw Caravan gang that live a counterculture lifestyle, birthing their mobile homes where they please and brawling over access to idyllic nature territories.

Upwards of 20 caravans and motorhomes rolled into littleborough this weekend, with the outlaw gang declaring Rochdale’s Hollingworth lake their ‘turf’.
The gang, which is identified by tattoos and club patches on their ‘cuts’ are not recognised by the national Caravan and Motorhome Club, who have stated “99% of caravaners are peaceful law abiding enthusiasts.”

Ex-policeman and author Charles Faco spent 3 years undercover with gangs similar to the BRMHC. In Faco’s 2013 memoir, ‘Vans, Mobiles, and Outlaws: My Infiltration of England’s Deadliest Caravan Gangs’ he states:

“They are easily distinguishable by what they wear. They display their gang patches on their cuts, which are either sleeveless leather jackets or fly fishing vests; they use 4 patches to denote their gang name, logo, territory and which bird watching club they identify with.”

He writes “Many gang members also have tattoos, such as English Heritage crosses or different varieties of migrating birds on the arms, ‘Love and Haul’ or ‘tow or die’ across the knuckles.”

Rochdale Herald Journalist Dick Turnip attempted to interview BRMHC gang ‘club president’ Jax Tower, who has been involved in several brawls with local dog walkers over the use of the Hollingworth lake picnic area; but was told to “pay dues or piss off” before having a septic tank emptied onto his head.

Greater Manchester Police are currently preparing a task force to deal with this public menace.